On Sunday I attended my third Sole Exchange shoe at the Grand Victorian in Mississauga and I can honestly say it was the best one ever. Before we get there though, lets roll the weekend back a little to Friday night.

I think by this time everyone must know that I love Air Max and by default, love the month of March. @laizey_bones says that she loves March too because I am just happier thinking about all the Air Maxes I might get to have. This particular March, I have spent probably more than an hour a day looking for and entering raffles from Toronto to Istanbul. People seem to think that I have a plug and thats why I win so many. The truth is that I put in an enormous amount of work sourcing every possible avenue to get my sneakers – you should see my Google Doc.

Late Friday night I figured out through a series of deductions that Nordstrom Toronto was likely getting the Nike x Atmos Air Max Animal pack. I knew it would be tight to try and get them before heading to Sole Exchange but I had to try. We rolled up around 8:15 were 8th and 9th in line (note that at this point @laizey_bones went to go grab a coffee/breakfast and then came back). People trickled in after us. Closer to store opening we all got our numbers and were told how many were available (Sizes under 8, only one of each in the ‘big’ sizes and 3 each in the smaller ones). I approached the dudes in front of me and asked if they would be willing to get my size and trade (since it was unlikely I would get my own size – my own fault for not getting there earlier). They refused (don’t get me started on dudes like this buying up the only women’s sizes available in the country). But the kind and generous guy at the very front of the line agreed to secure my size. Finally, I could get my true size 7 in a grail Air Max locally for the first time ever.

The store opened and we all file in. The people directly behind us head over to the cash in the shoe section (not the Nike x Nordstrom section). Then they hug a Nordstrom staff member. Then we see that staff member grab the pink bags from the Nike boutique. Then we see him go into the back and come out with four black shoe boxes… 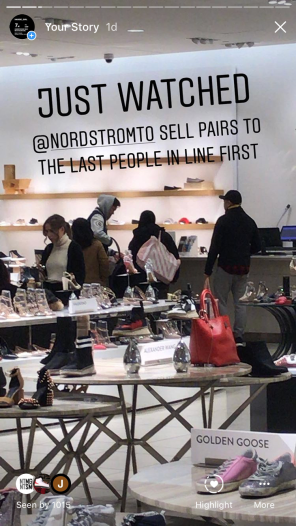 Despite the best efforts of the Nike x Nordstrom staff and the other great Nordstrom staffers, this individual made his friends in the back of the line first in line, gave them their preferred sizes and screwed over all the people in line and all his co-workers who did their best to run a fair release. I was left with the purchase of an unwearable-by-me size 6. I was devastated – if that group of line jumpers got all the ‘big’ sizes, my agreement with the dude in front was useless. But then… the dude walked over and told me he managed to get a 6.5 (not a perfect size for me, but wearable)! We did the trade and I walked out of there with one of the final pieces of my Atmos collection. 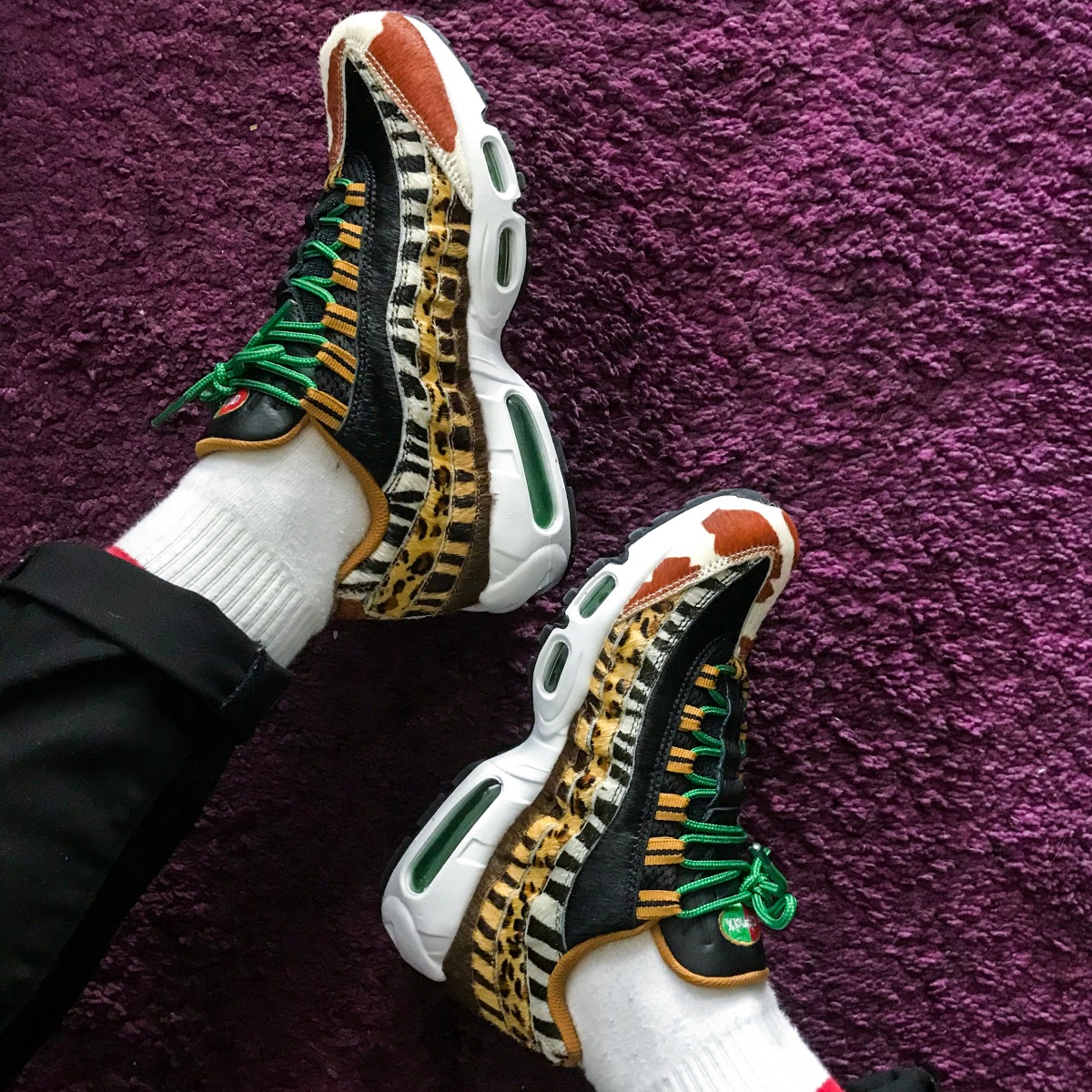 But I am still so angry and upset with everything. I know backdooring occurs, I’m not stupid, but to do this so blatantly, in front of everyone was pretty shocking to me. Especially at a store like Nordstrom known for their great service! Having the Nike x Nordstrom boutique is one of the best things to happen to sneakers for women in Toronto – ever. I don’t want them to stop getting hype releases. I think the manager and staff of the boutique are amazing and care about people getting the shoes they love. Even 2 days later though, I can’t get over what happened.

ADDENDUM: I just had a great conversation with the Nordstrom Toronto store manager. They are taking this seriously and you can be assured that all future launches will be fair and smooth. Thanks to everyone at Nordstrom who reached out and for all the support. All I ever want is for people to have access in a fair way to the sneakers they love (especially other women).